Riding a Wave of Growth: How Convoy is Rapidly Building a Data Science Team | Convoy Skip to content

Riding a Wave of Growth: How Convoy is Rapidly Building a Data Science Team

From its founding, Convoy was designed to be a truly data science-driven organization: machine learning, economic analysis, experimentation, causal inference, and optimization underpin every decision we make. Leveraging these tools at scale is how we are driving inefficiency out of the $800 billion U.S. freight market.

I recently overheard our VP of People, Dough (real name, Michael Dougherty), compare startup life to surfing: You’re not sure whether you’re riding the wave or the wave is riding you. It’s a feeling I can relate to. Having previously been involved in building and running Data Science teams at Amazon, I was used to scaling teams quickly, but the pace at which we build teams at Convoy is incredible. Since I joined Convoy in November 2018 as Head of Data Science, we’ve quadrupled our data science team headcount to over 40 team members and we are still growing!

Like a powerful wave, this pace of rapid growth can sometimes feel destabilizing. One thing is certain, at Convoy, we’re sitting on oceans of data — data that are critical to fulfilling our mission of transporting the world with endless capacity and zero waste. We’ve experienced our share of challenges, for sure. But we’ve also recovered quickly.

These are some of the lessons that we’ve learned from the past six months of hyper growth at Convoy Data Science.

Build a Leadership Team for Today and Tomorrow

Given the expected growth of the team, we needed to bring in a strong set of player/coach managers who could start with a small org, dive in as an individual contributor, set a vision for their domain, and then scale to managing a large org. We also needed to bring in functional leaders to mentor people in the newly created job families. To that end, we recently hired Steve Brownell (Director, Analytics) and Aaron Terrazas (Director, Economic Research) from Zillow Group, Kyle Forman (Head of Machine Learning Platform) from the Institute for Health Metrics and Evaluation, and Gwen Spencer (Lead Operations Research Scientist) from Smith College. I was also fortunate that the previous Head of Data Science at Convoy, Casey Olives, was able to take over as head of the Marketplace Data Science team.

My background in economics makes me a big fan of specialization of labor. As we grew the data science team, we were able to move beyond hiring full stack data scientists, to hiring people with highly specialized technical strengths to focus on specific business problems. To attract these people, we created data engineer, economist, and operations research scientist job families and posted tailored job descriptions. Hiring the first few people into any one of these job families was challenging: We had to develop new interview questions to assess their skills and decide which skills were most important for the new job family, while also properly calibrating our hiring bar. We took great pains to get the hires right both technically and in terms of company values, into these new job families to serve as models for future hires.

One challenge we encountered in our recruiting efforts was that our job titles (i.e. data scientist and data analyst) were out of alignment with how other tech companies competing for top-tier data science talent labeled particular skill-sets. Data science is a relatively new and rapidly-evolving profession; the day-to-day work of different job families can vary widely across employers. These differences can be confusing to prospective hires so it was critical for us to make our titles more familiar to our candidates and be explicit about the type of work the job entails. We therefore added the job title Research Scientist for those team members specializing in algorithm development, modeling, and machine learning.

Hire the Right Person for the Job

In getting to know my team members and their work, pain points that I had heard before quickly emerged: they were spending disproportionate time taking care of the data warehouse, data wrangling to build model features was time consuming, and most of the requests they were getting were simple SQL queries and data management rather than deep analytics or model building which were more aligned with their skills and interests.

Too often I have seen businesses jump to hiring machine learning scientists, economists, or other PhD-level scientists over data analysts and data engineers when the immediate work is query writing, data warehouse management, metrics development, and reporting. This usually leads to dissatisfaction on both sides, with the business underwhelmed by the speed with which the scientists produce analytic insights and reports, and the scientists frustrated that they aren’t working on problems aligned to their experiences and strengths.

To better align skills to work, we prioritized the hiring of data analysts and data engineers. We quickly populated each of our cross-functional teams with an analyst who could handle database management, metrics development, and reporting, enabling our scientists to focus on building models and conducting analysis.

Additionally, we began building our Machine Learning and Data Platform team with a mix of data scientists and data engineers focused on providing tools, feature libraries, and validated data to enable our rapidly growing team to generate business impact with limited friction.

Draw on Other Functions to Help the Team Ramp Quickly

Onboarding 30+ new data science team members to a tech startup in less than six months could easily result in the team flailing about, struggling to identify and deliver business impact. At Convoy, I was fortunate to inherit a structure with numerous highly-aligned cross functional teams focused on evergreen business problems (which we call PODs). This structure meant that we could onboard a data scientist or analyst into a team without existing data science team members. We could provide technical mentorship from an adjacent POD, centrally provide tools and data, and have them get the domain specific context and details from their co-located software engineer, design, or product manager POD members. Had we attempted to bring this many new people into a centralized data science team without a very strong existing base of experienced technical managers, the existing team would have been overwhelmed with on-boarding responsibilities and the team’s growth would have detracted from productivity.

Dough was right. Startup life has its ups and downs. Hyper growth creates unexpected challenges, but also unexpected opportunities. Over the course of my career, I’ve seen companies opt to float passively atop oceans of data (or worse yet, watch passively from the safety of the beach) rather than venture out into the open waters. At Convoy Data Science, we’ve learned to embrace the open waters and all the opportunities it presents. 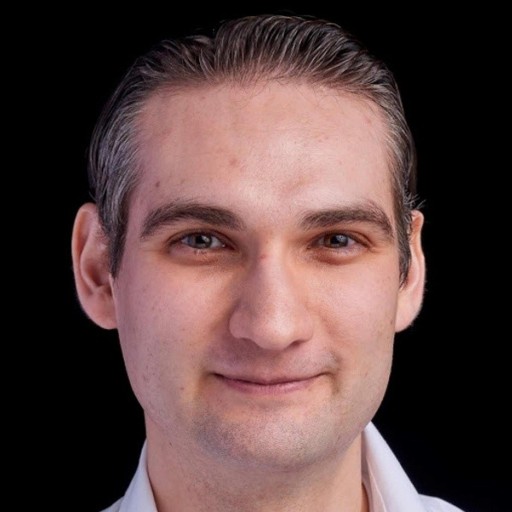 Max Schmeiser
Max is the Head of Data Science at Convoy where he leads the Data Science, Research Science, Economics, Operations Research, and Data Engineering functions company-wide. Before Convoy, Max was the Head of Research, Analytics, and Machine Learning for Amazon Connections, the Chief Economist and Head of Data Science for Amazon Lending, a Principal Economist at the Federal Reserve Board, and an Assistant Professor at the University of Wisconsin-Madison. Max earned his M.S. and Ph.D. in Policy Analysis and Management from Cornell University, M.A. in Economics from McMaster University, and B.A. in Economics from the University of Regina in Canada.