Major natural disasters have become more frequent with accelerating global climate change. As we have seen repeatedly in recent years (see, for instance, here and here), these events can be massively disruptive for supply chains — cascading through the consumer retail and industrial sectors of the economy.

In a recent Convoy survey of 165 small and medium-sized trucking companies, we found that: 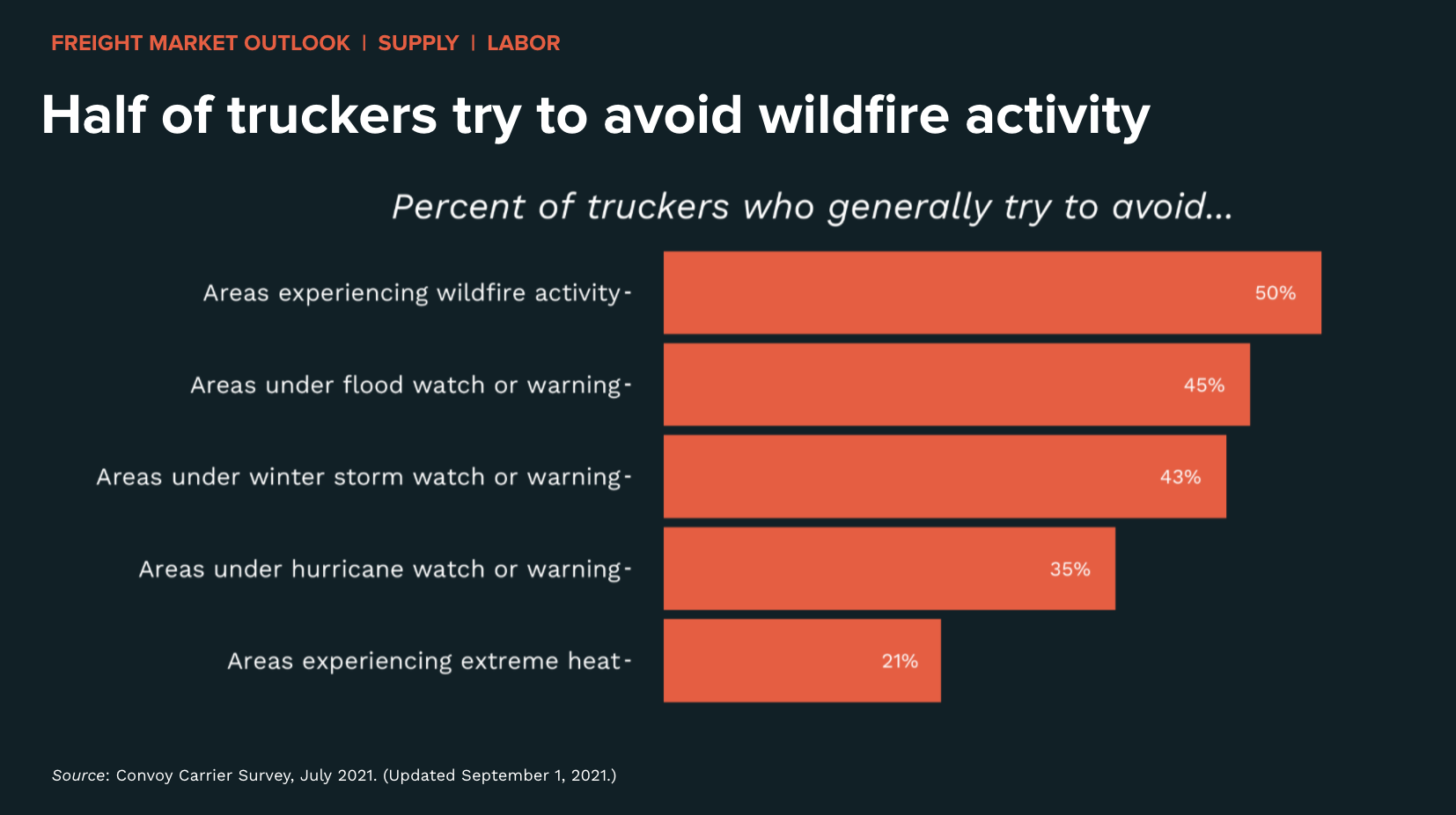 Of course, “generally try to avoid” does not necessarily mean that they do so under absolutely no circumstances, but does provide an approximate indication of the magnitude of truckers’ perceived risk for various categories of natural disasters.

In an especially fragile and volatile freight market, such as the present, these ostensibly localized disruptions have the potential to reverberate throughout the country. Historically, truck costs have surged anywhere from 5% to 50% inbound to markets that are experiencing (or are expected to experience) major natural disasters — with substantial variation depending on the type, severity and timing of the weather event.

The market response is the result of two competing forces.

Demand typically surges during the days immediately leading up to anticipated weather events — for instance, hurricanes or winter storms which are usually predicted several days in advance — or during them for slower-moving phenomena such as wildfires as residents prepare (e.g., stock essentials, protect their homes). In the aftermath of particularly destructive natural disasters, inbound truckload demand also tends to remain elevated for several weeks (sometimes several months) as local economies recover and rebuild.

But demand changes are not the only shock to the freight system, supply also contracts during the more intense phases of natural disasters. Some individual truckers and trucking companies are, quite understandably, reluctant to put their lives and livelihoods at risk by hauling freight into potentially dangerous areas. (Of course, there are always a handful of risk-forward individuals who relish such opportunities.)

Aaron Terrazas is Director of Economic Research at Convoy where he researches and comments on freight markets and what freight reveals about the broader economy. Prior to joining Convoy, Aaron was a Senior Economist and Director of Economic Research at Zillow. Before that, he was an Economist at the U.S. Treasury Department’s Office of Economic Policy in Washington, D.C. He was educated at Georgetown University and Johns Hopkins University. Aaron has been a runner since age 13 and is a sucker for all endurance sports.