Stephanie Trejo didn’t intend to take over Tremmar Freight Services, her dad and uncle’s trucking business. Then she heard rumors the family intended to shut it down.

When she started as an owner-dispatcher, Tremmar had 2 trucks and 1 driver — now, 6 years later, she has 12 drivers and 15 trucks.

Paving the way for her success in trucking

Stephanie started in logistics when she was 18, as an intern for a national shipper. While there, her boss let her sit in meetings and write standard operating procedures. Through that hands-on work, she got a feel for how a warehouse worked, and she knew she had found her calling.

But when she was 22, she applied for a managerial position at a logistics company — and was fired. Since her dad owned Tremmar, her company considered her application a conflict of interest.

Stephanie didn’t let that stop her.

Unemployed and wondering what to do next, Stephanie landed on her feet in the oil industry. “I was lead analyst and making good money, but I was literally bored,” she says. “So, I started taking business classes across the street at the community college.”

Shortly after that, she took over the family business. “I just hit the ground, ready,” she says. “My dad taught me a little bit at the beginning, and from there, I had the time and the energy to do more. So, I just did.”

Seeing exponential growth within a year

For Stephanie, her success began to feel real when she landed her first direct customer. She was up against some big players in the industry, but her client chose her because they knew her and had faith in her abilities.

Once she hit that milestone, she raised her dad and uncle’s salaries — by the third year, her parents were able to buy their dream house.

While Stephanie was ecstatic about the direction Tremmar was going, she didn’t lose sight of what mattered most: her drivers.

Stephanie’s philosophy centers around keeping her drivers happy. She does her best to send drivers on lanes they like, bring them home every night, and ensure they’re not in detention too long.

“I consider myself a driver advocate,” Stephanie says.

The Convoy app makes it even easier for Stephanie to give her drivers loads they want. Via the app, drivers can see all the information they need about a load before they accept. “They just do the rest on their own. That makes it more hands-off for me,” she says.

GPS tracking within the Convoy app also makes it easier to keep tabs on their loads, meaning Stephanie can spend less time on the phone and more time focusing on keeping her drivers happy.

Looking to join the trucking industry? Buckle up and enjoy!

If you’re looking to get started in trucking, Stephanie recommends realizing it will take time to learn the ropes — but putting in the time is worth it.

“Logistics is like this one big puzzle. So, it’s getting started and putting those first pieces together….I guess it’s never the same thing; no two pieces look the same, like no two customers are the same, no two drivers are the same, and you can’t get bored.” 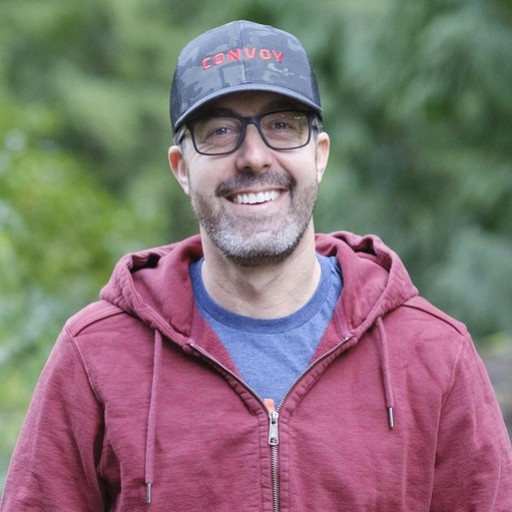 Ari Bixhorn
Ari Bixhorn heads shipper marketing and sales development at Convoy. In this role, Ari is responsible for driving awareness and adoption of Convoy's Digital Freight Network. Prior to Convoy, Ari was VP of Marketing at Panopto for 8 years and worked at Microsoft Corporation for 12 years, writing speeches for CEO Steve Ballmer, leading business development efforts in the Windows division, and driving developer tools product management. Ari studied Computer Science at Virginia Tech. He enjoys hiking, photography, and boxing.